As you can see in my Ventures II model/Mark V serial number list Mosrite’s built some basses with Mark V bodies. I’m not sure if they really were made by Mosrite in their active years or after the bankrupcy in 1969 from leftover parts. At least some of the necks have been Celebrity 3 bass necks.
The Celebrity 3 basses with guitar scale necks and serial numbers starting with „Z“ were made since early 1967 (Z0015 has pot dates 6704) and there were made approx. 520 of them (highest serial number I know is Z0517 and that’s already a Gospel).
This Mark V bass is based on a ’67 Celebrity 3 bass neck (Z0114) I bought in early 2003 with a selfmade body (spring 2001), a pair of M3 California Alnico bass pickups and some other parts that where lying around ;) Tuners are 80s Grovers. It’s quite hard to find bass strings for such a short scale, but D’Addario Short Scale strings do work. 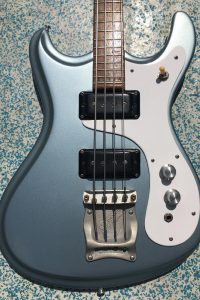 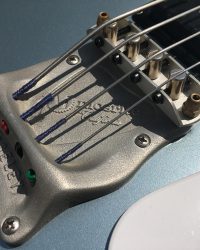 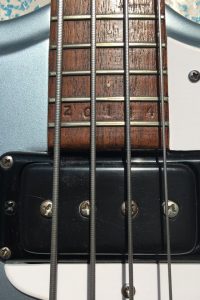 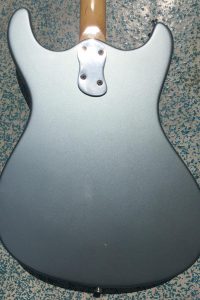 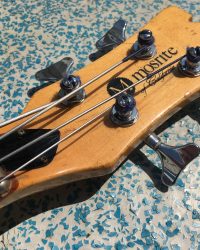